To share your memory on the wall of Stephen Klonowski, sign in using one of the following options:

Beloved husband of Sharon D. Klonowski of 40 years, dearest brother of Catherine Franklin (friend Greg Mencer), sister-in-law of Michelle Silbermann of Johannesburg, South Africa; cousin, uncle and friend to many. Born in 1946 in Canton, Ohio to Henry and Josephine Klonowski (both deceased) .
Steve received his undergraduate degree from Bowling Green State University and belonged to Theta Chi. He received his law degree from the University of Toledo and practiced municipal law, serving as the Law Director of several municipalities especially Oakwood Village for many years. He served as the Honorary Consulate to Cleveland from South Africa.
Steve enjoyed many activities including sailboat racing, fishing on Lake Erie, skiing in Ellicottville, New York, racing cars especially his vintage Porsches around Mid-Ohio and beyond. He was an animal lover and pursued his passion of showing Golden Retrievers finishing with two AKC Champions himself. He lived life to the fullest.
A memorial for invited friends and family will be held at a future date. Memorial contributions in Steve’s memory may be made to:
University Hospitals Rainbow Babies & Children’s
P.O. Box 94554
Cleveland, OH 44101
or online at UHGiving.org
Read Less

To plant a memorial tree in honor of Stephen Klonowski, please visit our Heartfelt Sympathies Store.

Receive notifications about information and event scheduling for Stephen

There are no events scheduled. You can still show your support by sending flowers directly to the family, or planting a memorial tree in memory of Stephen Klonowski.
Plant a Tree

We encourage you to share your most beloved memories of Stephen here, so that the family and other loved ones can always see it. You can upload cherished photographs, or share your favorite stories, and can even comment on those shared by others.

Posted Dec 29, 2019 at 06:36pm
I was Steve’s fraternity big brother at Bowling Green. I’ll never forget his terrific smile, laugh and great sense of humor. Steve stood up for his brothers and always had our backs. We lost touch after college but I remember his friendship and kindness to others.
Comment Share
Share via: 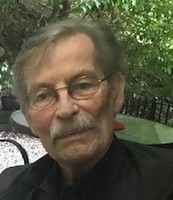