Obituary for Sandra A. Prebil 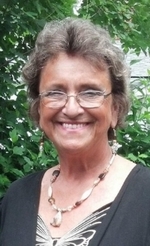 SANDRA ANN PREBIL ascended to her heavenly home on October 7, 2020. She was the cherished daughter of Victor J. Prebil and Kathryn Prebil (nee Marinch) (both deceased) and dear sister of Candace Prebil (deceased) (Linda Betzer). Sandy’s longtime life-companion Paulette Zaryczny predeceased her too. Sandy will be dearly missed by her beloved family including her Aunt Shirlee Kausek, her first cousins, Gary Marinch, Karen McCarthy, Joann Maitri, Shellie Morrison and Toni Kamerer, and her many dear friends including Regina Kupecky, Ann Brady, Diane Gammel, Beverly Kozitko, Eileen Murray, Gail Natale, Janice Hocevar, Deborah Gnann, June Gahr, Joan Gattuso, Mary Kay Reinhardt, Barbara Anderson, Barbara Hanafy and Paulette’s brother, Paul Zaryczny. Sandy was an accomplished consumer lawyer having worked for the City of Cleveland Department of Consumer Affairs and at the Cleveland Better Business Bureau, where she was Vice President for 25 years until her retirement. She returned to Douglass & Associates Co., L.P.A. where she was the first associate in 1984, and resumed practicing law and serving as the Compliance Officer and official plant caretaker. Sandy was born the year the Indians last won the World Series and often went to games with her Father, which may account for her devoted attention to the Tribe. Sandy’s joy for life, for all living plants and animals, and a few select humans, was immediately known by all who had the privilege of being in her life. Sandy would want you to know that she expects you to VOTE. A celebration of her amazing life will be held later at Renaissance Unity Church when prudent health practices permit. Please sign the registry at Jakubs & Son Funeral Home or contact Diane Gammel at : diagammel@gmail.com