To share your memory on the wall of Anthony Minkunas, sign in using one of the following options:

Anthony graduated with a Civil Engineering degree from Fenn College in Cleveland. (Since then, it had become a part of Cleveland State University.)

After he received his diploma, Anthony moved to Greenland, where he worked on the construction engineering project for the US Air Force facility in Thule, within the Arctic Circle, setting groundwork for the military defense global network of sensors, providing missile warning, space surveillance and space control to North American Aerospace Defense Command (NORAD) and Air Force Space Command (AFSPC).

Upon his return to Cleveland, Anthony worked as a licensed Professional Engineer for the State of Ohio, a Supervisor Area Engineer for the Ohio Department of Transportation (ODOT) until retirement. He oversaw the construction of various highway and bridge projects including I-77, I-480, and maintenance for the bridges around downtown Cleveland’s Flat’s District, and Rocky River.

Upon his retirement from ODOT, he worked as a Site/Civil inspector for the City of Seven Hills until he was 83 years of age.

In the 1970’s He served as a member of the Central Council Board (Centro Valdyba) for the American Lithuanian Engineers and Architects Association, Inc (ALIAS: Amerikos lietuviu inžinieriu ir architektu sajunga).

Throughout his life he was a dedicated family man, professional, and charitable.

While his children attended Lithuanian school on Saturdays, he volnteered his time on the parents’ board for the school in the the late 1970’s. He was active as a lithuanian scout troop leader.
He enjoyed family roadtrips, visiting cousins on the East Coast and vacations in Florida.
He loved going on cruises with his wife Rita, friends Nijole and Cole, to Alaska and the Carribean.

His work for the State of Ohio was acknowleged with various leadership training certifications and honor awards from the American Association of State Highway and Transportation Officials.

He was a life-long member of the Lithuanian Scouts Association, Collegiate Division, and received honors: “Tevynes sunaus žymeniu” from “Lietuviu skatu brolija” as paskautininkas.
He was an active member the the American-Lithuanian community association in his youth as a college student and onward.

His charitable work was also recognized by The Basilica of the National Shrine of the Immaculate Conception, in Washington, DC.

He served on the parish council board for St. George’s Lithuanian church parish. When the parish was closed permanently, he transferred his services to the consolidated lithuanian parish of St. Casimir. He worked as an usher at Sunday Masses and helped advise with maintenance issues as much as possible until 2020.

We miss him immensely, with his love everlasting in our hearts, and may he rest in peace.
Read Less

To send flowers to the family or plant a tree in memory of Anthony Rimvydas Minkunas, please visit our Heartfelt Sympathies Store.

Receive notifications about information and event scheduling for Anthony

We encourage you to share your most beloved memories of Anthony here, so that the family and other loved ones can always see it. You can upload cherished photographs, or share your favorite stories, and can even comment on those shared by others.

Posted Aug 30, 2020 at 01:23am
To Tony's family, you have my most profound sympathy on your loss. I worked with and knew Tony for over thirty years at ODOT. Although I didn't work in construction as Tony did, he and I worked together on environmental issues whenever they came up on his projects. I don't remember ever hearing a cross or mean word from him about anything. He was a true gentleman. Over the past two years, I would see Tony at the monthly ODOT retirees' lunches. I and, I'm sure all the retirees, will profusely miss seeing and talking with him.

May he rest for eternity in the presence of our God.

Posted Aug 29, 2020 at 01:21pm
To the Family and Friends of Tony Minkunas:
My wife and I would like to express our deepest sympathy at the loss of your Dear Tony. I had worked along side Tony for many years at the ODOT District Twelve Office and had the chance to know him well. Tony was a fine Engineer and handled many interesting projects with great success. My first Project on my own was a section of IR 480, west of the Rocky River. Tony had the next project , west of mine. We had chances to meet and talk several times. Later, as Area Engineers, we had our offices next to each other in the New District 12 Building.
Tony had to work with many different and sometimes difficult contractors, and city and county officials, but always did so with great tact and courtesy. I honestly never heard a cross word from Tony ,about anyone that he worked with or had to deal with in his position. He was one of the kindest men that I have ever known.
From talking to Tony, I know that he was very proud of his children and loved his wife Rita dearly. He missed her very much after she had passed away. Tony was very glad to grow up in this country and once told us the story of how he and his Mother were able to get passage on the last train leaving Lithuania, to the West, as the War was ending.
This past year , Tony was very disappointed that , due to his health problems and the Virus , he could not meet with his fellow ODOT Retirees for lunch, as he had done before.
We will all miss him , think of him often , and keep Tony and Rita and their family in our prayers.

Posted Aug 27, 2020 at 06:45pm
With deepest condolences . The Lithuanian Club of Waterbury

Sweet Tranquility Basket was purchased for the family of Anthony Minkunas. Send Flowers 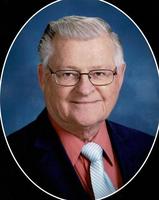 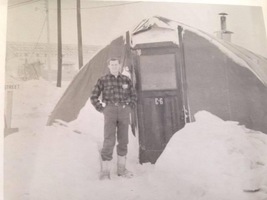 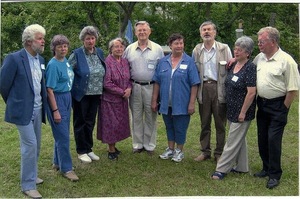