To share your memory on the wall of Algirdas Garlauskas, sign in using one of the following options:

Print
Colonel, Professor and Environmentalist Remembered at Camp Perry, Ohio
On 11 September 2020, Algirdas B. “Al” Garlauskas passed away after an extended period of illness. He was predeceased by his parents, Benediktas and Stefanija, and his b... Read More
Colonel, Professor and Environmentalist Remembered at Camp Perry, Ohio
On 11 September 2020, Algirdas B. “Al” Garlauskas passed away after an extended period of illness. He was predeceased by his parents, Benediktas and Stefanija, and his brother, Vytautas “Vyto.” He is survived by his wife, Carolyn, his two sons, Vykintas (wife Tina) and Markus (wife Morgan), and three grandchildren, Magnus, Natasha and Alexandria.
Born in Lithuania, Garlauskas was brought to America, along with his brother, by his parents in the aftermath of the Second World War. He was naturalized soon after high school, becoming a proud American for his adult life but always proud and respectful of his Lithuanian heritage. In his college years Algirdas wrote poetry and short stories in Lithuanian and English. When he won a Lithuanian short story contest, his winning story was published in the Dirva newspaper.
Garlauskas spent most of his life studying, teaching and directly working in the environmental field. A certified professional geologist, he graduated from Case Western Reserve University and earned a Masters’ degree in Geology from Kent State University. He became an expert in groundwater, hazardous materials emergency response, and industrial hygiene. He was Chief of Water Quality for the City of Cleveland in the period after the city’s infamous “burning river” incident. He also earned a Masters degree in Public Administration from Nova Southeastern University.
He received a Region V Environmental Quality award by the US Environmental Protection Agency in 1975 for his work. In the private sector, he was employed in the Environmental field for an architectural and engineering firm, established a new branch office for a Michigan environmental business, and personally directed complex emergency hazardous materials responses at great personal risk for a Cleveland based company where he became CEO. Part time, he instructed OSHA and EPA Compliance Programs for a local corporation. He taught part-time classes at Cleveland State University and Lakeland Community College. He returned to the public sector full-time to become a Kent State University professor in the final stage of his career, eventually retiring after having built and led the Environmental Technology program at its Ashtabula Campus.
Garlauskas also believed strongly in volunteering to serve his country, state and community in various capacities. He was Flotilla Commander for the Coast Guard Auxiliary and later commissioned an officer by the State of Ohio in the Ohio Military Reserve under the auspices of the Governor of Ohio’s Adjutant General’s Office. For 21 years he served with great distinction, including command, general staff and instructor assignments, earning numerous awards and retiring with the rank of Colonel. His federal service included instructing a National Defense University nonresident program for reserve officers.
Garlauskas was an avid reader and also enjoyed skiing. He was one of the founding members of the Žaibas Lithuanian Ski Club. The group held and participated in regional and international skiing competitions and ran an annual biathlon. He encouraged youth to participate in sports and was a selfless shooting coach. He competed for many years in the annual National Rifle Championships held at Camp Perry, an Ohio National Guard base.
In October of 2020, a memorial with State of Ohio military honors was held for Colonel Garlauskas at Camp Perry, on the shore of Lake Erie, as a closed event due to the ongoing pandemic. In lieu of flowers, and in accordance with his values, the Garlauskas family requests donations in his name to the Civilian Marksmanship Program-a federally chartered non-profit organization devoted to promoting firearm safety and marksmanship training with an emphasis on youth
Read Less

To plant a memorial tree in honor of Algirdas B. Garlauskas, please visit our Heartfelt Sympathies Store.

Receive notifications about information and event scheduling for Algirdas

There are no events scheduled. You can still show your support by sending flowers directly to the family, or planting a memorial tree in memory of Algirdas B. Garlauskas.
Plant a Tree

We encourage you to share your most beloved memories of Algirdas here, so that the family and other loved ones can always see it. You can upload cherished photographs, or share your favorite stories, and can even comment on those shared by others.

Plant a Tree in Memory of Algirdas
Plant a tree 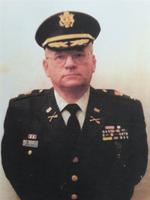 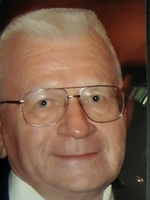