To share your memory on the wall of Adelina Gatewood, sign in using one of the following options:

To send flowers to the family or plant a tree in memory of Adelina C. Gatewood (Cruz), please visit our Heartfelt Sympathies Store.

Receive notifications about information and event scheduling for Adelina

We encourage you to share your most beloved memories of Adelina here, so that the family and other loved ones can always see it. You can upload cherished photographs, or share your favorite stories, and can even comment on those shared by others.

Posted Jan 10, 2019 at 07:11am
Sending loving thoughts with lots of hugs to the entire Family. With Love from Romell, Lisa, Brendon & Chris.

Posted Jan 08, 2019 at 04:55pm
My condolences to the Gatewood family and friends. It is a painful thing to lose a precious love one in death, regardless of how long they have lived. It pains our loving Heavenly Father, too. He did not purpose his human family to grow old and die but purpose us to live and enjoy life in perfect health. It is still his purpose (Psalms 37:11, 29). He calls death an enemy that will be removed forever__1 Corinthians 15:26 “The last enemy, death, will be brought to nothing”; Isaiah 25:8. He promised to awaken our love ones in the memorial tombs from asleep in death__ Isaiah 26:19 "Your dead will rise ...Awake and shout joyfully you residents in the dust! ...the earth will let those powerless in death come to life. He promised to reverse the aging process__ Job 33:24,25 “Let his flesh become fresher than in youth; Let him return to the days of his youthful vigor.” What a delight it will be to see them again to enjoy life as our Creator purposed (Psalms 145:16)! Allow these words to keep comforting all of you.
Comment Share
Share via:
SE

Posted Jan 06, 2019 at 02:07pm
I wish you peace and comfort during this time of sorrow. (2 Corinthians 1:2-4) The
Bible gives real hope of being reunited again with your loved one. It promises that
your loved one will soon come back to life in the resurrection to a peaceful paradise
on the earth. (John 5:28, 29) 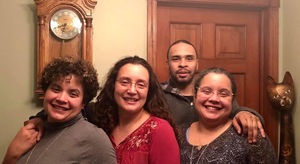 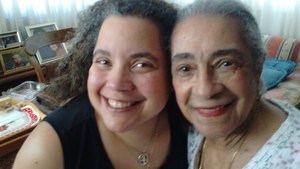 Portrait of Adelina
Margaret and Granny
Maria, Adeline and Margaret
Adeline
8
4
+3
Add Photos
Upload up to 10 images at a time, max 8MB each