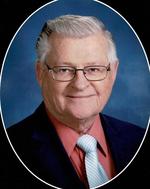 Anthony (Rimas) spent his early chilhood in Lithuania, where he was surrounded by family and friends, who were mentors that inspired him to be the virtuous adult he grew to be. An uncle, a.a. Barauskas had been a Civil Engineer in Lithuania, and was involved in the construction of the first highway project there. As a child, in awe of his uncle’s work, watching this construction, he decided to be a Civil Engineer, like his uncle.

Anthony graduated with a Civil Engineering degree from Fenn College in Cleveland. (Since then, it had become a part of Cleveland State University.)

After he received his diploma, Anthony moved to Greenland, where he worked on the construction engineering project for the US Air Force facility in Thule, within the Arctic Circle, setting groundwork for the military defense global network of sensors, providing missile warning, space surveillance and space control to North American Aerospace Defense Command (NORAD) and Air Force Space Command (AFSPC).

Upon his return to Cleveland, Anthony worked as a licensed Professional Engineer for the State of Ohio, a Supervisor Area Engineer for the Ohio Department of Transportation (ODOT) until retirement. He oversaw the construction of various highway and bridge projects including I-77, I-480, and maintenance for the bridges around downtown Cleveland’s Flat’s District, and Rocky River.

Upon his retirement from ODOT, he worked as a Site/Civil inspector for the City of Seven Hills until he was 83 years of age.

In the 1970’s He served as a member of the Central Council Board (Centro Valdyba) for the American Lithuanian Engineers and Architects Association, Inc (ALIAS: Amerikos lietuviu inžinieriu ir architektu sajunga).

Throughout his life he was a dedicated family man, professional, and charitable.

While his children attended Lithuanian school on Saturdays, he volnteered his time on the parents’ board for the school in the the late 1970’s. He was active as a lithuanian scout troop leader.
He enjoyed family roadtrips, visiting cousins on the East Coast and vacations in Florida.
He loved going on cruises with his wife Rita, friends Nijole and Cole, to Alaska and the Carribean.

His work for the State of Ohio was acknowleged with various leadership training certifications and honor awards from the American Association of State Highway and Transportation Officials.

He was a life-long member of the Lithuanian Scouts Association, Collegiate Division, and received honors: “Tevynes sunaus žymeniu” from “Lietuviu skatu brolija” as paskautininkas.
He was an active member the the American-Lithuanian community association in his youth as a college student and onward.

His charitable work was also recognized by The Basilica of the National Shrine of the Immaculate Conception, in Washington, DC.

He served on the parish council board for St. George’s Lithuanian church parish. When the parish was closed permanently, he transferred his services to the consolidated lithuanian parish of St. Casimir. He worked as an usher at Sunday Masses and helped advise with maintenance issues as much as possible until 2020.

We miss him immensely, with his love everlasting in our hearts, and may he rest in peace.